In strange musical times of mixing, matching & vibing a band called ‘Doubland’, makes their way through the playlist landscape of the modern 20’s, bringing you a new kind of Soul to the table.

Influenced by the classic blues, rock & funk music from back in the day, Doubland tries to take you to a place where fresh recognizable tunes, surprising (jazzy) chord progressions & soulful but reflective vocal lines are at the order of the day. Five musicians with five different background flap their wings together writing tasteful originals that might open your mind to new streams of music. As said before Doubland isn’t scared of combining musical components that you might not expect to be put together. But just that is so fundamental in times like these. Musicians lift each other up; drum & bass groove, rhythm & lead guitar drive, rhythm & keys harmonize. That same philosophy is shared on vocals in this band. two lead singers, two stories to tell.

In a decade that started with a threatening virus pandemic, a new-fledged revolution on racial equality and was introduced by a war on privacy and a monumental climate dilemma, this decade of the 20’s is roaring for a message of togetherness, clarity and hope. And that’s exactly what Doubland is trying to express. Taking you to a place where you can get excited from a channel of music and inspired by a message that fits like glove in a day like today.

A new kind of Soul. 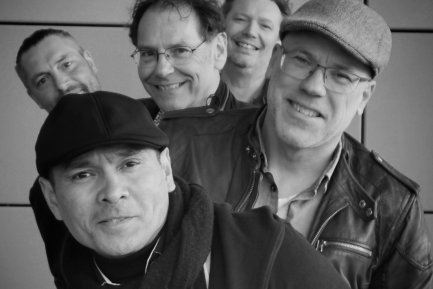